This property is available for sale
1.36
Acres
$445,262
Sale Price
Contact or Call
Close

600 Enterprise Drive is located just north of 22nd Street and directly visible from I-88 in Oak Brook. Multiple points of access to I-88, I-294, and Rt. 83 are located less than 1 mile from the property. Oak Brook is an affluent village located just 19 miles west of downtown Chicago and minutes from O'Hare International Airport. A 2010 census showed a population of just under 8,000 people with a very comfortable median household income of just over $150,000 and a median home value of well over $700,000. While the full-time population is low, the daytime population is significantly higher at 82,285. This is because Oak Brook, along with its prestigious neighbors such as Oakbrook Terrace, Downers Grove, and Naperville, are known as a major commercial hub in Northern Illinois. Oak Brook is home to the headquarters of many major corporations including Ace Hardware, Blistex, Federal Signal, CenterPoint Properties, Sanford L.P., TreeHouse Foods, and Lions Clubs International. Oak Brook also features many outstanding hotels including Hilton and the Drake Hotel, and fine dining such as Mike Ditka's Restaurant, The Clubhouse, and Gibson's Steakhouse to name a few. Oak Brook is also home to the Oakbrook Center, the second-largest shopping center in the Chicago Metropolitan Area, surpassed only by Woodfield Mall in Schaumburg. Best spot in the building! Top floor with panoramic views. High-end finishes throughout and all furniture included if preferred. These condos have an excellent layout including multiple perimeter offices with full window lines, conference room and modern glass walls and doors throughout. This is a true plug-and-play opportunity. 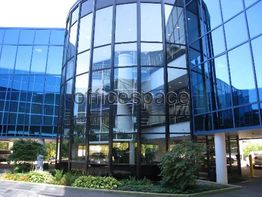