A 2021 Top 100 Best Places to Live in America award winner, Worcester, MA is New England’s second-largest city. The city is centrally located approximately 50 minutes west of Boston and 45 minutes north of Providence, Rhode Island. This building is minutes from Downtown Worcester and is within walking distance to the Canal District and Polar Park (home of the Worcester Red Sox). The property is well-positioned to remain as an office building for an owner/user or an investor and could also be redeveloped as a residential project. The canal district in Worcester, MA has events, bars, restaurants, clubs, & retail and is widely acknowledged as the city's most actively developing area. This Property has easy access to all major highways (I-190, I-290, Route 146, Route 20) and is less than a mile from the central business district (CBD). On behalf of Providence and Worcester Railroad Company (“Seller”), Kelleher & Sadowsky Associates, Inc. (“Broker”) is pleased to bring 75 Hammond Street, Worcester, MA to market. The ±2.14-acre property is improved by a 3 Story Brick mill building built in 1915. The property was originally built as a production facility for Wright Wire company which was owned and operated by George Wright. Mr. Wright ran the business with his sons and served as the Mayor of Worcester in early 1900’s. The Property has housed a variety of tenants over the years including the former Hammond Hill Furniture business. It was sold to Providence and Worcester Railroad Company in 1989 and has served as its regional headquarters since. The railroad is selling the asset under the direction of new ownership, Genesee & Wyoming, Inc. which owns 120 freight railroads worldwide and is consolidating operations. Situated near the Worcester CBD and within walking distance of the Canal district amenities and Polar Park (home of the Worcester Red Sox), the property is well suited to remain as an office building or could lend itself to redevelopment in a highly sought-after market. While not listed on the National Register of Historic Places, the age of the property does qualify for historic designation whereby, historic tax credits may be available. In addition, the property is New Market Tax Credit eligible.

Search for similar office spaces for sale in Worcester, MA 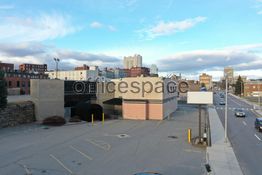 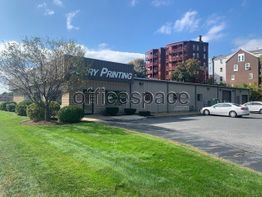