Downtown Pittsburgh, colloquially referred to as the Golden Triangle of Dahntahn in eye dialect, and officially the Central Business District is the urban downtown center of Pittsburgh. It is located at the confluence of the Allegheny River and the Monongahela River whose joining forms the Ohio River. The “triangle” is bounded by the two rivers. The area features offices for major corporations such as PNC Bank, U.S. Steel, PPG, Bank of New York Mellon, Heinz, Federated Investors and Alcoa. It is where the fortunes of such industrial barons as Andrew Carnegie, Henry Clay Frick, Henry J. Heinz, Andrew Mellon and George Westinghouse were made. It contains the site where the French fort, Fort Duquesne, once stood. In 2013, Pittsburgh had the second-lowest vacancy rate for Class A space among downtowns in the United States.

Search for similar office spaces for rent in Pittsburgh, PA 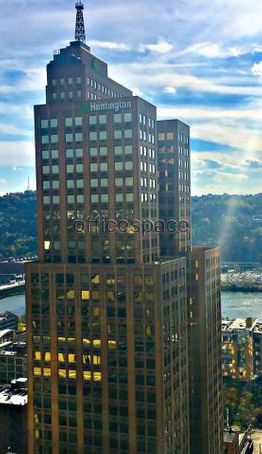