The subject has significant frontage along the southside of U.S. Route 6 and along the west side of the U.S. Route 6/SR 155. Additionally, the subject has significant frontage along the east/west side of Pearl Street, the North/south side of Benton Ave and is at the terminus of Tabor Avenue. The subject site also has frontage along the east side of the Allegheny River and along the rail corridor. The property is relatively level, with the far most western portion of the site being low lying well below U.S. Route 6. Minutes from the Bradford Airport. Nearby industries/ major employers include Zippo Manufacturing Company, Bradford Regional Medical Center, The Federal Government, The Bradford area School District, and the American Refining Group. Among these, the Zippo Manufacturing Company is the region's largest employer, followed by the Bradford Regional Medical Center, the Federal Government, and the Bradford area School District. It is noted that the top 10 largest employers in the county remains in manufacturing related industries. *4 of these structures have recently been demolished during the fall of 2016. Please refer to the attached information packet for additional details about the property. Site is a former Pitt Corning glass manufacturing & Warehouse operation. Originally built in 1937, with expansions in 1947, 1962, and 1986. Production stopped July 1, 2016. Site is approximately 36 acres in total with 23.5 acres actively utilized. It consists of four major structures and two minor structures and is approved for light industrial/warehouse use. *The total available square footage of all six buildings associated with this property is 211,552 which is divided into three categories: manufacturing, warehouse, and administrative offices. The administrative building and manufacturing and a warehouse plant #8, both have recently been remodeled. Warehouse 2 has 7 loading docks, 5 of which have doc locks and built in loading ramps. Manufacturing plant #8 has 5 loading docks, 2 with locks, and build in ramps. The property also has two rail spurs that allow access to the Buffalo and Pittsburgh railroad with connections to Norfolk Southern's Buffalo line. The property has water, sewer access, telecommunications system, natural gas, a by-pass pipeline, and fire protection system. 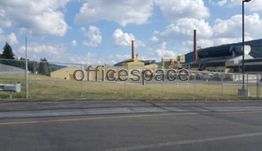 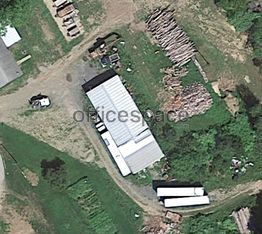