San Marcos is part of the Austin–Round Rock–San Marcos metropolitan area. The city is on the Interstate 35 corridor between Austin and San Antonio and is the seat of Hays County. The city limits extend into Caldwell and Guadalupe Counties, as well. In 2015 the U.S. Census Bureau estimated the population at 60,684. Founded on the banks of the San Marcos River, the area is thought to be among the oldest continuously inhabited sites in the Americas. San Marcos is home to Texas State University and the Aquarena Center. In 2010, San Marcos was listed in Business Week's fourth annual survey of the "Best Places to Raise your Kids". In 2013 and 2014, the United States Census Bureau named San Marcos the fastest-growing city in the United States. In December 2013, San Marcos was named #9 on Business Insider's list of the "10 Most Exciting Small Cities In America" From IH-35, take Hwy 123 South of San Marcos four miles, property on left. This 710-acre site of prime development property is located in a great area near schools and shopping. There are many possibilities for this property including residential, commercial, industrial/light industrial, or mixed use. Property is cleared, flat and ready for the developer. Easy access to IH-35 (Austin & San Antonio), IH-10 (Houston) and SH-130 (Austin bypass). 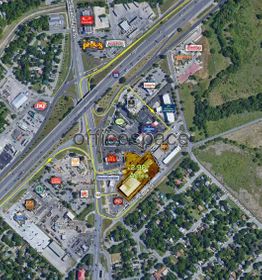