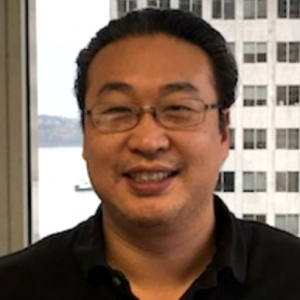 As I discussed on my last article, The #1 Mistake Many Startups Make When Managing Growth-Remember the Garage?, I wanted to share with you an anecdote from a well established web company in Seattle, that will remain anonymous, let’s call them Dot.com.

The year is 2010, and Dot.com has done extremely well for themselves. The founder’s acquired the domain name and other assets for under $5,000 and proceeded to build it into a top 100 most visited websites in the US, over a span of 7 years.

They have gone through a couple of office moves. Each move they upgraded and eventually ended up in some Class A space in the heart of Seattle, which  has a fairly competitive office market.

Shortly after they move into their space, they are already needing additional space. They had a couple hockey sticks in their growth chart! The founder heard that the neighboring tenant was looking to sublease some space, exactly what Dot.com was looking for.

The founder calls his trusted commercial broker who found them their current digs and instructs them to place an offer of $15/sf on a short-term lease on the neighbor’s space. The broker informs him that they didn’t even get as much as a response to our offer from the landlord’s brokers. The founder assumes that maybe the offer was insultingly low.

The next week, the founder just happens to run into the neighbor and decided to ask about the space, nothing to lose since they already rejected the offer.  It was clear at this point that the neighbor never even saw the offer. Much to the founder’s surprise, the neighboring tenant seemed remarkably eager for Dot.com to pick up their space. They shook hands and came to an agreement for $3.60/sf on the spot.

This is just one example where the broker channel was ineffective and this isn’t necessarily a knock on brokers but more a reflection of the commission based compensation model that brokers live in, a you get what you pay for mantra.

Bravo to the founder for going direct and cutting out the middleman; probably another reason why Dot.com is still so successful.

How Office Space Will Change After a Pandemic

The Best Questions to Ask During Your Virtual Office Space Tour

Ready to find the perfect space?